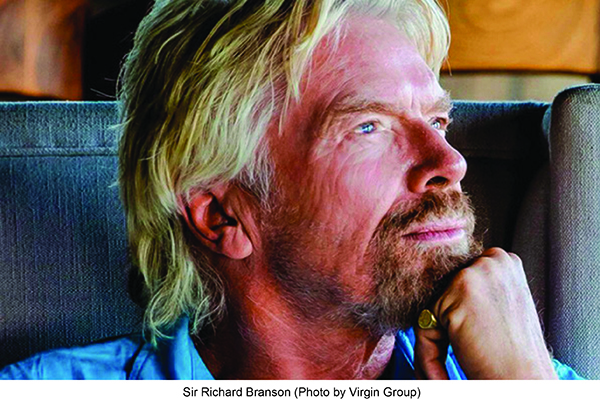 Less than two months after captivating global audiences with a trip into suborbital space, Virgin Group Founder Sir Richard Branson will appear at the SATELLITE 2021 Conference to share stories from his experience and his views on the future of commercial space development. Branson will deliver SATELLITE 2021’s opening general session keynote address on Thursday, September 9 at 8:30 a.m. EDT at the Gaylord National Convention Center in National Harbor, Maryland.

Branson made his first virtual appearance at SATELLITE’s 2015 event in a video address to attendees announcing his plans to develop Virgin Galactic into commercial suborbital space travel company. In 2018, Via Satellite‘s Mark Holmes sat down for an interview with Branson, who forecasted that increased access to launch services would determine the future course of commercial space and satellite innovation.

“We are thrilled to have this opportunity to have Sir Richard Branson speak to our attendees about a pivotal moment in this historic year-and-a-half stretch for the commercial space industry,” said SATELLITE 2021’s Chair Jeffrey Hill. “While the world watched from the confines of quarantine, Sir Richard, along with fellow space entrepreneurs Elon Musk and Jeff Bezos, brought human spaceflight to the forefront of our imagination. More people are now engaged in discussions and debate about our future in space than ever before. We couldn’t be happier that Sir Richard has chosen to continue this conversation with us at SATELLITE 2021.”

On July 11, nearly two decades after founding Virgin Galactic, Branson joined the crew of the SpaceShipTwo VSS Unity mission in a successful pre-commercial, test flight — the company’s first launch with a full crew. VSS Unity reached space at an altitude of 53.5 miles and then returned to land at Spaceport America in New Mexico.

“To all you kids down there, I was once a child with a dream, looking up to the stars,” Branson said from the cabin. “Now I’m an adult in a spaceship with lots of other wonderful adults, looking down to our beautiful, beautiful Earth. To the next generation of dreamers — if we can do this, just imagine what you can do.”

Branson founded Virgin in 1970 as a mail-order record retailer under the brand Virgin Records. After the first Virgin artist, Mike Oldfield, released ‘Tubular Bells’ (which was also the name of Virgin Orbit’s June 2021 LauncherOne mission), Virgin Records went on to release albums from the Sex Pistols to The Rolling Stones. Virgin Records grew into Virgin Group – a portfolio of more than 40 Virgin companies worldwide in over 35 countries.